Alzheimer's disease (AD) is a devastating neurodegenerative disorder that is the most common cause of dementia in the elderly and is a tremendous socioeconomic burden. Stem cells derived from human patients can help us discover new therapeutics for AD because individual genetic background is captured in a dish and stem cells can be differentiated into neurons, a relevant cell type to analyze molecular features. My proposal will test whether genes identified with AD risk confer measurable laboratory read-outs characteristic of AD in neurons grown in the laboratory. In particular, I will focus on a particular cellular pathway, the endosomal network, which may become dysfunctional in AD before amyloid and tau deposition are reported.

The overall goal of my project is to use stem cell technology to better understand pathogenic events that may occur early on in neurons that could represent novel therapeutic targets for AD. To accomplish this goal, I will generate human neurons in the lab from patient-derived induced pluripotent stem cells (iPSCs). This powerful technology allows us to capture a patient's unique genetic background in a cell culture dish and derive a relevant human cell type (ie,  neurons) to understand cellular processes that might be dysfunctional. In this case, we will study how proteins are trafficked into and around the neurons in a process called endocytosis. We hypothesize that defects in endocytosis may occur upstream of amyloid beta (Aβ) and phosphorylated tau (phospho-tau, or ptau) pathology; thus this cellular pathway may represent an early and novel therapeutic target for AD.

This project will pursue two specific aims: First we will test whether loss of key regulators of endocytosis lead to detectable abnormalities in neurons. To do this, we will use genome engineering techniques to systematically knock-out five receptors that function in the endocytic pathway in iPSCs. We will test whether neurons lacking these receptors have functional deficits and increased levels of Aβ and pTau. Second we have identified patients with AD who have potentially pathogenic variants in one of these receptors, a gene called SORL1. SORL1 is a key regulator of trafficking Aβ and tau through the endosomal network. Using skin cells from these patients, we both generate iPSCs and differentiate neurons, as well as directly convert the skin fibroblast to a neuron, in a process called direct conversion. The iPSC-derived neurons are considered embryonic-like due to the cellular reprograming that happens during their generation. Directly converted neurons maintain the cellular age of the subject from whom the fibroblasts were taken. These experiments will test whether dysfunction in the endocytic network due to variation in SORL1 is present in young neurons and if it is enhanced in neurons that are more indicative of patient age. Together, these experiments will help elucidate the role of SORL1 and related receptors in endocytic dysfunction in AD, and also determine if this pathway is a valid early target for therapeutic intervention. 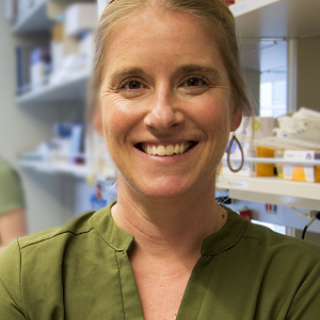