Predicting Future Alzheimer's Disease Onset Based on MRI and Genotype

Alzheimer's disease (AD), the most common form of dementia, has a multi-year pre-clinical phase, during which subtle changes begin to happen in the brain, yet clinical symptoms such as memory loss don't yet appear. This project by Dr. Mert Rory Sabuncu and colleagues will develop a computer system that analyzes brain magnetic resonance imaging (MRI) and saliva-derived DNA data in order to reliably quantify risk of Alzheimer's before memory complaints begin. This technology will provide a means to identify high-risk but healthy individuals who would benefit most from a drug that can slow down the progression of the disease.

The goal of this project is to develop a computer system that will analyze brain MRIs and saliva-derived DNA data in order to reliably determine risk of Alzheimer's before memory complaints begin.

Alzheimer's disease, the most common form of dementia, has a multi-year pre-clinical phase, during which subtle changes happen in the brain, yet clinical symptoms such as memory loss don't yet appear. MRI technology has been demonstrated to be sensitive to these subtle anatomical changes. Furthermore, recent studies have identified certain properties of human DNA that predispose an individual to AD. In this project, Dr. Mert Rory Sabuncu and colleagues will use a novel computational-analysis strategy to analyze both MRI and DNA data in order to provide an accurate estimate of a person's mid-term future risk of AD. These researchers will validate the developed technology on a longitudinal dataset, where elderly individuals were clinically followed up after their MRI and DNA scans were acquired.

Most MRI and DNA studies of AD have focused on discovering properties of these data that are associated with the disease. Recently, more sophisticated methods have been utilized that enable reliable and accurate predictions about a person's clinical status based on their MRI scan. However, these methods have mostly been focused on predicting current or short-term clinical conditions, rather than future risk. The proposed project will develop state-of-the-art technology for predicting future risk of Alzheimer's disease.

Once complete, the project will have made direct contributions to two domains by developing: first, a novel theoretical analysis method that researchers can use to study the progression of AD before clinical symptoms begin will have been developed; and second, a freely available computer software technology to make personalized predictions about future clinical outcome based on MRI and DNA data. These technologies will be critical in developing and accessing potential drugs and/or intervention strategies that are effective before memory complaints begin. Once such drugs are available, the developed technology can also be used to identify those individuals who would benefit most from these drugs.

Predicting Future Alzheimer's Disease Onset Based on MRI and Genotype 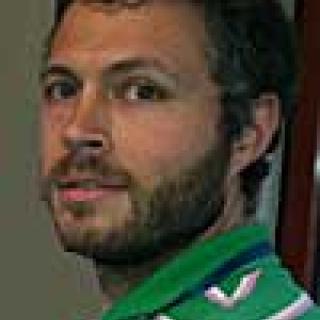