The tau protein stabilizes microtubules, but when it accumulates in Alzheimer’s disease, it contributes to neurodegeneration. Arginine decarboxylase is an enzyme that metabolizes the amino acid arginine to make molecules known as polyamines. We find that increasing other arginine metabolizing enzymes, such as arginase 1, decreases tau in the brains of mice. This proposal will identify how arginine decarboxylase regulates tau pathology. Overall, we will identify whether increasing arginine metabolizing enzymes and polyamines in the brains of mice impacts tau neuropathology. In this way we hope to begin to identify therapeutic strategies, biomarkers or targets around these pathways that may ultimately alleviate tau burden.

The goal of this project is to identify whether increasing arginine-metabolizing enzymes and polyamine producing proteins in the brains of mice impacts tau neuropathology and behavioral outcomes. Metabolism of the semi essential amino acid, L-arginine, signifies a critical branch point affecting multiple biological processes. Arginine metabolism also shows considerable influence upon tau biology. In the brain, we find that several pathways that govern depletion of arginine and production of subsequent by-products, known as polyamines, regulate tau neuropathology, inflammation, and protein clearance. Using gene therapy approaches in tau transgenic mice, we will examine how various arginine metabolic pathways and their products in the brain impact the tau phenotype including neuropathology and cognition.

Molecules known as polyamines are an interesting products of arginine metabolism, and they appear to regulate aggregation-prone proteins, including tau. Polyamines represent an exciting new area of research in tauopathies: old molecules with new purposes. We find that polyamines affect the fate of tau directly, at the protein level, as well as at the cellular level and in animal models. We also hypothesize that the depletion of L-arginine remains partly responsible for some of the impact on the tau phenotype; therefore we synthesized a unique gene designed to deplete L-arginine without increasing polyamines. This gene would introduce a new metabolic pathway to regulate L-arginine to determine the impact on tau biology in mice.

The aim of this research is to gain sufficient understanding of the relationships to identify a potential drug target within the complex of interacting pathways associated with arginine metabolism that might be used to combat tauopathies. The goal is to identify a viable target that could be drugged or induced to provide maximum benefit with respect to tauopathies and Alzheimer’s disease-like pathology, but minimal changes in a host of other body systems. 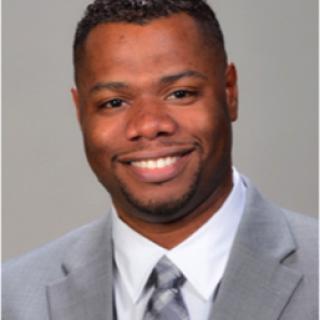