Plasma Protein-mediated Effects of ApoE4 Expression on Brain in AD

Possession of the APOE-ε4 gene confers a strong risk for earlier onset of Alzheimer’s disease (AD), a devastating brain disorder that damages brain synapses, or connections between neurons, and ultimately the neurons themselves that are responsible for memory and learning, as well as executive function. While it is clear that AD creates widespread damage within the brain itself, it is unclear whether the upstream cause of the disease may lie in changes that occur in the blood, ultimately influencing brain health. Support for this hypothesis can be found in the context of normal aging in which blood factors from old individuals drive characteristics of aging. This proposal will directly investigate how manipulating proteins in the blood influences the impact that the risk-conferring APOE-ε4 gene has on Alzheimer’s disease and the extent to which APOE- ε4’s harmful effects can be rescued with more neutral forms of the gene. The results possibly will provide fresh insights into new treatment avenues.

The overall goal of this project is to clarify the role of blood-borne proteins in the Alzheimer's risk conferred by expression of the APOE4 gene. While it is clear that APOE4 expression drives pathological changes within the brain itself, it is unclear whether the upstream cause of this damage may lie in changes that occur in the blood, a hypothesis we will directly assess in the first aim using next-generation protein profiling in both human blood samples and in blood isolated from mouse models of human APOE expression. We will directly address whether changes in the blood that occur as a result of APOE4 expression can drive changes in brain function and whether they influence hallmark Alzheimer's pathology. We will also pursue the identification of putative protective factors present within APOE3-expressing mice that may be used to target or revert APOE4-induced dysfunction in affected individuals, which we hope will inform the creation of novel therapeutic strategies.

Despite knowing that APOE4 is the strongest genetic risk factor for AD, the molecular details underlying its strong association with AD, and how it affects the brain either independently or through canonical Alzheimer's pathology, have remained unclear. This proposal will test the concept that APOE4 alters molecules in the blood in a manner that alters brain function, ultimately exacerbating the brain’s response to Alzheimer’s pathogenesis. This new area of APOE4 inquiry will yield new insights into how the peripheral compartment acts to shape the brain’s response to disease, while provide clues to how other immune-related risk factors may play a role in the disease process. The insights gained from this novel direction may provide a simplified therapeutic approach to treating Alzheimer's patients that targets molecules in the blood.

Plasma Protein-mediated Effects of ApoE4 Expression on Brain in AD 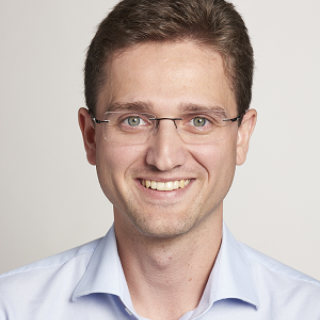