Beta-secretase 1 (BACE1) is the enzyme that starts the production of the toxic amyloid beta peptide (Aβ) in Alzheimer’s disease (AD). Drugs that block BACE1 to prevent Aβ production are currently being tested in clinical trials as treatments for AD. However, we have discovered that mice lacking the BACE1 gene (BACE1 knockout mice) have impaired memory. Theoretically these mice, because they don’t express BACE1, would seem to model the effects of BACE1 blocking drugs; however, the memory impairment phenotype is opposite that intended for the treatment of AD. As an explanation, we hypothesize that BACE1, acting as a pair of molecular scissors, is important for normal memory by cutting and thus controlling the level of paired-Ig like receptor B (PirB), a molecule that is negative regulator of memory function. This study will test this hypothesis so we can better understand how BACE1 functions and whether there may be potential side effects of future BACE1 drugs, thus devising ways to ensure the safety and effectiveness of such agents.

We are exploring the causal link between paired-Ig like receptor B (PirB), a negative regulator of synapses, and the memory impairments in mice lacking BACE1 (BACE1-/-), the critical enzyme that initiates the production of toxic Aβ in AD. With this approach, we hope to obtain information on the potential side effects that BACE1 inhibitors currently in clinical trials for AD might have on memory.

Based on our preliminary data showing that PirB can be cleaved by BACE1 when co-overexpressed in cultured cells, we hypothesize that brain PirB might also be a substrate of BACE1. Without BACE1 and its cleavage, the level of PirB might be upregulated, thus inhibiting the normal development of synapses and leading to memory deficits in the BACE1-/- mice. To test our hypothesis, we plan to use both mice and cultured cells to investigate whether the level of PirB is regulated by BACE1 cleavage throughout brain development and aging, the nature of this cleavage, and whether PirB is processed by other AD enzymes.

After obtaining this information, in the second part of our study we will attempt to rescue the impaired memory phenotype of BACE1-/- mice by manipulating the level of brain PirB via virus transduction. The rescuing effect will be evaluated by behavioral, electrophysiological, and histopathological analyses on aspects which are known to be compromised in BACE1-/- mice.

This study is highly innovative in three ways: first, the roles of PirB in synaptic plasticity and memory function, and potentially in AD, have only very recently been discovered, making PirB a novel molecule in neuroscience and the AD field. Secondly, our results suggesting that PirB is a novel substrate of BACE1 has never before been reported, and is the first association found between PirB and BACE1. More important, we have correlated deficient processing of PirB by BACE1 to the impaired memory and disrupted synaptic transmission phenotypes found in BACE1-/- mice, the molecular mechanism of which has been unknown to date.

BACE1 inhibitors are currently being tested in clinical trials as treatments for AD. However, the memory deficits in BACE1-/- mice suggest possible mechanism-based side-effects of BACE1 inhibition. By exploring the molecular mechanism underlying the connections between PirB, BACE1, and synaptic plasticity and memory, we hope to provide new insights into how memory is regulated and raise awareness to the possibility of adverse effects, especially related to memory, that might be compromised by therapeutic BACE1 inhibitors in AD patients. 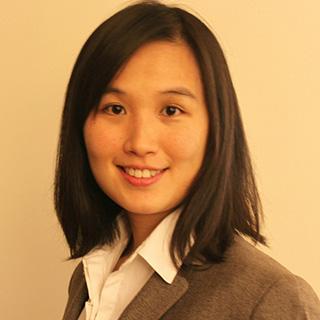