Alzheimer's disease (AD) is a neurodegenerative disease and the most common cause of dementia. There is a pressing need to find biomarkers that can accurately predict future disease progression and evaluate the effects of disease-modifying agents in asymptomatic patients. Here we propose to develop and validate multimodality magnetic resonance imaging (MRI) techniques that can help to detect and quantify asymptomatic AD progression. The techniques proposed could lead to the development of novel and highly reliable biomarkers of AD to guide future prevention, diagnoses and therapies, especially in asymptomatic patients when behavioral testing cannot be used for diagnosis and to verify therapeutic effects.

Alzheimer's disease (AD) is a neurodegenerative disease and the most common cause of dementia. With no known cures or disease-modifying therapies, there is a pressing need to ﬁnd biomarkers that can accurately assess and predict disease progression in asymptomatic patients. However, despite recent efforts and significant progress in research, finding such a biomarker remains a major challenge. Given that AD is hypothesized to lead to changes in neuronal function long before detectable behavioral impairments and/or brain structure changes, functional magnetic resonance imaging (fMRI), with its ability to image brain function, has the potential to be a critical tool in the early detection of AD and a non-invasive technique that can be used in the evaluation of treatments. Functional MRI is a functional brain imaging technique that uses blood oxygen level dependent (BOLD) signal as an indirect measure of neural activity, and has been widely used to relate cognitive performance to brain activations.

However, traditional fMRI studies of AD, focusing on amplitude, have produced some conflicting results: while some have observed decreased hippocampal activity in individuals with AD or at risk, others have observed comparable or even enhanced neural activity in hippocampus or other brain regions. These apparent contradictions might reflect the technical limitations of conventional fMRI techniques. Furthermore, most fMRI techniques focus on detecting changes within regions of gray matter, which mainly consist of neuronal cell bodies and branching dendrites. Thus some aspects of early AD pathological changes might be difficult to assess with these fMRI techniques, including disrupted functional connectivity between brain regions and impaired integrity within white matter, which mainly relate to nerve fibers. Therefore, integrating this fMRI technique with other MRI modalities – especially resting state fMRI connectivity and diffusion tensor imaging (DTI) – is expected to lead to an increase in sensitivity and accuracy in assessing AD progression.

To test this hypothesis, we propose to conduct a cross-sectional study using a combination of advanced fMRI techniques with other MRI techniques, with an ultimate goal of developing and validating a multimodal MRI biomarker of asymptomatic AD that is highly sensitive to early AD pathological changes and can accurately detect and assess AD progression. First the relationship between AD progression and MRI data for each individual MRI modality will be examined separately, then we will develop and evaluate multimodal MRI biomarkers of AD using powerful machine learning algorithms on multimodal MRI data to assess current disease status. 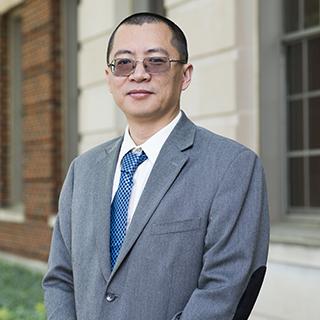