Treatment options for Alzheimer’s disease have been elusive, in large part because the genetic causes of this disease are still largely unknown. The aim of this project is to integrate existing data with a novel experimental approach to identify genes that are linked to the development of Alzheimer’s disease. For that we will use modern genomic and gene editing techniques in a novel immune brain cell model generated from stem cells. Our work will break down existing barriers by using innovative techniques to speed the identification and characterization of unknown genes responsible for this disease. This will establish basic knowledge that the scientific community requires to develop new diagnostic and therapeutic approaches to detect and treat Alzheimer’s.

The goal of my project is to study how risk and protective genes for Alzheimer’s disease affect the transcriptional regulatory response in brain immune cells. Recent studies have identified microglia, one of the main immune cells in the brain, as key players in the development of this disease; however, these cells are difficult to obtain and manipulate, which has hampered the ability to identify disease mechanisms. In my research, I take advantage of a novel microglia cellular model derived from human stem cells to understand how cells respond to amyloid beta in the context of the Alzheimer’s brain. Advanced genomic techniques allow me to create a detailed blueprint of the inflammatory transcriptional response in cells expressing known risk and protective genes for this disease (e.g. APOE) and to identify novel DNA regulatory elements involved in its origin and progression. Using multi-omic techniques I am able to identify DNA loops that connect these regulatory regions with the target genes they regulate. Because the use of this in vitro cellular model allows me to implement modern gene editing technologies based in the CRISPR/Cas9 system, I have the ability to validate the physical connections between these regulatory elements and the novel risk genes they regulate. This is the first study that combines the use of modern genomics and gene editing techniques in a human in vitro cellular model to understand the influence of Alzheimer’s risk genes in the immune response in the brain. Unlike previous studies, this approach allows, not only to understand the mechanisms by which known protective and risk genes affect the Alzheimer’s immune brain cells, but also to identify the role of DNA elements and the genes they regulate which are thought to be responsible for a big part of the yet unknown genetic predisposition to develop this disease. As a result of this research I will be able to identify novel genes associated with the development of Alzheimer’s disease and relate them to already known risk factors establishing the fundamental knowledge that the scientific community requires to develop new diagnostic and therapeutic approaches to detect and treat this debilitating disease. 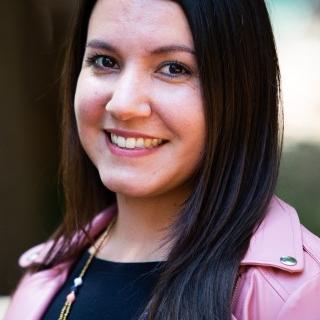