The ultimate goal of this research project is to discover and optimize a useful drug for the treatment of AD. This drug discovery goal will be addressed by optimizing and advancing into animal models recently-developed small organic molecules ('bi-aromatics') capable of binding to and modulating the aggregation of all three amyloidogenic proteins implicated in AD, i.e. ABeta , tau and -synuclein.

Alzheimer's disease (AD) is a progressive neurodegenerative disease which first manifests with mild cognitive, language and behavioral symptoms that gradually worsen in severity and eventually lead to dementia. It is the most common cause of dementia, accounting for roughly half of all cases. It is responsible for 100,000 deaths annually in North America alone, making it the fourth leading cause of death in industrialized societies, preceded only by heart disease, cancer and stroke. There is no remission in the progression of AD, nor are there any disease-stabilizing drugs currently available. As such, onset of the disease is inevitably followed by increasing mental and physical incapacitation, loss of independent living, institutionalization and death. In addition to the enormous emotional burden suffered by people with AD and their families, there exists an estimated financial burden of $100 billion per year for the institutional care of demented patients in the U.S. alone. AD is characterized by two hallmarks first identified by Alois Alzheimer in 1907: deposits on the outside of brain cells known as 'amyloid' plaques and aggregates inside brain cells known as neurofibrillary tangles (NFTs). The amyloid plaques are composed primarily of a protein called amyloid- , or A , while the tangles are composed of a chemically altered form of the tau protein. In both cases, there is recent evidence to suggest that small, soluble aggregates of both these proteins are toxic to brain cells and therefore thought to be responsible for the widespread death of brain cells seen in AD brain. Small aggregates of a third protein, -synuclein, may also contribute to brain cell death and hence to the progression of AD. There is much research currently being performed to determine how small aggregates, or 'oligomers', of these proteins are toxic to brain cells. It is our belief that small molecules capable of binding to and interrupting the aggregation of one or more of these proteins (ABeta , tau and -synuclein) could prevent them from killing brain cells and therefore be an effective, disease-modifying treatment for AD. We have already synthesized a number of molecules that can inhibit and reverse aggregation of all three of these proteins in test tube experiments. The molecules have also been found to protect brain cells from the toxicity of ABeta . We now propose to perform further studies to better understand how the molecules prevent the proteins from aggregating and to determine whether the molecules can reduce or eliminate the memory deficits that develop in a mouse model of Alzheimer's disease. The ultimate long term goal of the research project is to identify a molecule that is capable of potently inhibiting the aggregation of ABeta , tau and -synuclein, and thereby reducing memory and behavioral disturbances in people with AD. In addition to being highly efficacious, the compound must be non-toxic and have 'drug-like' characteristics, i.e. be readily absorbed, able to cross into the brain, and remain in the body for an extended period of time. Additional goals for the project are to advance the understanding of how aggregates of ABeta , tau and -synuclein exert their toxicity. Questions to be answered are: what size aggregates are toxic, what are their structures, and what is the mechanism for their toxicity to brain cells. 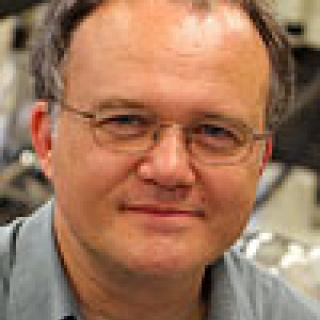