The molecular machinery that produces harmful material (amyloid beta) in the brain of people affected with Alzheimer's disease is well known. We have recently shown that this molecular machinery (called gamma-secretase) is fragile and prone to malfunctioning, but fortunately the use of ‘stabilizing’ molecular bricks can stop its malfunction and prevent the production of toxic, Alzheimer’s-causing material. In this project we will generate novel stabilizing nanobricks (called Nanobodies) to stabilize gamma-secretase and thus prevent the production of toxic amyloid beta. The novel nanobody stabilizers could pave the way for Alzheimer’s therapy.

Alzheimer's disease (AD) is a progressive neurodegenerative disorder for which no cure is available. It is most common in people over the age of 65. However, mutations in Gamma-Secretase (GSEC) catalytic subunit and Amyloid Precursor Protein (APP) cause the disease well before the age of 65. We have been investigating the effects of these pathogenic mutations with the aim of providing foundations for therapeutic development. GSEC cuts APP in a sequential manner, with each cleavage generating a shorter fragment, called amyloid beta (Aβ). We have found that AD-causing mutations weaken GSEC-APP interactions during the cutting process, and thus lead to the generation of partially digested, longer Aβ peptides. Of note, the longer Aβ peptides are proposed to initiate toxic events that eventually cause neurodegeneration and AD. These findings indicate that stabilizing the interaction between GSEC and APP could lower the production of longer, toxic Aβ fragments, and thereby prevent or delay the disease. In this project we aim at generating nanobodies (small antibodies) that bind and secure GSEC-APP complexes. Nanobodies are emerging as powerful molecular tools for the stabilization of highly flexible proteins and protein complexes. We will test these ‘chaperone-like’ molecules in living cells to ensure that they can efficiently stabilize GSEC-APP interactions and lower the production of longer Aβ peptides. The best performing chaperones will be tested in vivo in AD models for their ability to rescue AD pathological hallmarks in the brain. The results of this project will have implications for fundamental and translational sciences. The ‘chaperone-like’ nanobodies could serve as valuable tools for the investigations of GSEC-APP interactions, and in particular of the structural underpinnings of their stability. In addition, since nanobodies have the potential to become therapeutic molecules, the generated here chaperones could lay the foundations for the development of therapeutic strategies to fight AD. 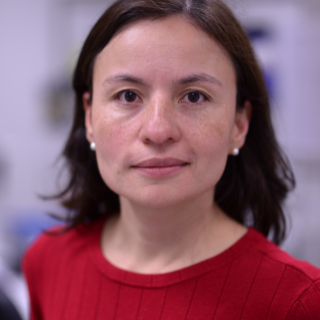