Modulation of Microglial Function by SPI1 (PU.1) in AD

Analyses of genetic information in patients with Alzheimer’s disease have identified a multitude of intrinsic factors that modulate our predisposition to develop dementia. These factors are very common in human populations and together with rare familial cases of Alzheimer’s disease suggest that brain inflammation contributes to disease progression. This project will elucidate the protective features of immune cell types in the brain and define molecules that regulate brain response to disease. With this new information we will be able to propose interventional strategies for Alzheimer’s disease and other neurodegenerative disorders.

Human genetics findings in Alzheimer’s patients suggest that brain inflammation contributes to disease pathogenesis. The goal of this project is to elucidate the role of microglial cells, brain-resident immune cells, in Alzheimer’s disease and their protective features in disease at the cellular and molecular level.

The genetic risk for sporadic Alzheimer’s disease (AD) is polygenic, driven by more than 30 loci. Pathway analysis implicates immune response in the etiology of AD, and given that genetic risk alleles are enriched in myeloid cell types, it has been proposed that impaired microglial function is a major contributing factor to AD risk. We have recently reported the identification of SPI1 as a genetic risk factor for AD in the previously described CELF1 locus in the biggest AD GWAS dataset to date (Huang, Marcora et al, 2017). Reduced mRNA expression of SPI1 confers protection against AD and leads to suppression of microglia homeostasis. Our current hypothesis is that SPI1 influences transition of microglia from the homeostatic to the damage-associated phenotype that may be protective in neurodegeneration due to upregulation of specific pathways essential for combating brain tissue damage.

SPI1 is a master regulator of several AD-associated genetic risk factors and is a lineage-determining transcription factor exclusively expressed in microglial cells. In this proposal we will use downregulation and overexpression of SPI1 in microglial cells, mimicking the human genetics findings, and analyze diverse cellular functions – phagocytosis (uptake, degradation), cell viability, proliferation, migration, apoptosis, oxidative stress and inflammatory response, to define SPI1 role in microglia at the cellular level. We will use transcriptomic analysis of these cells under baseline and stimulated conditions to elucidate the protective microglial features at the molecular level. The effect of microglial cells with differential SPI1 expression on other brain cell types will be assessed in vitro by analyzing reactivity of astrocytes and viability of neuronal cells. We will use microglial-specific ablation of SPI1 in mice to confirm and expand our findings in cells by analyzing the transcriptome and different biomarkers with immunohistochemistry. White matter abnormality is one of the early neuropathological events in AD, thus we will use cuprizone-induced demyelination to assess the protective effect of SPI1 in mouse brain.

Very little is known about the role of SPI1 in adult microglia function and neurodegeneration, and in light of its contribution to AD risk this proposal is well needed to perform such an extensive evaluation. Our data will elucidate the molecular and phenotypic changes in microglia associated with the protective phenotype in AD due to reduced SPI1 expression and concomitant changes in other genetic risk factors of AD regulated by SPI1 such as TYROBP, CD33, MS4A4A, MS4A6A, APOE, and CLU. This information will be invaluable to researchers in AD field in order to reconcile different effects of genetic risk factors on microglia function that should better inform the researchers about therapy targeting possibilities of the early changes in
AD pathogenesis.

Modulation of Microglial Function by SPI1 (PU.1) in AD 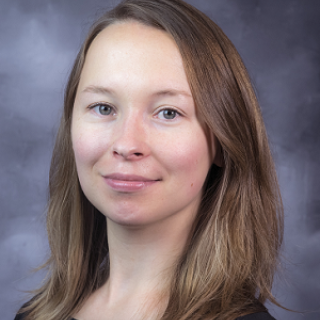