The Medial Temporal Lobe in Preclinical Alzheimer’s Disease and Aging

Drug trials are increasingly being started in an early stage of Alzheimer’s disease (AD), before memory problems start. This is an attempt to intervene before brain damage becomes too severe. To test how well such treatments are working, we need a good measure that can track various treatment effects in the brain. A good candidate for assessment is the brain region known as the medial temporal lobe (MTL), because it is affected in an early stage of AD. However, a fact that complicates using the MTL as a marker is that this brain region is also affected in normal aging. To separate the effects of preclinical AD from normal aging, we plan to investigate the MTL with an extremely precise, high resolution magnetic resonance imaging scanner. This will allow us to investigate smaller regions within this brain region which has an advantage over cruder measurements and methodologies in that it is expected to show differential effects of aging and preclinical AD.

I am interested in studying atrophy (shrinking) of small regions within a part of the brain called the medial temporal lobe (MTL) in an early stage of Alzheimer’s disease (AD). This brain region is affected early in the course of AD and measurements in this region might therefore generate a valuable biomarker to track disease progression and test the effectiveness of a new treatment.

I am investigating this in three steps. In the first step, I investigate which subregions of the MTL are affected in a very early stage of AD, and which by aging processes. Characterizing this helps with finding a subregion that shrinks only because of AD, and not because of normal age-related processes, and will therefore be a good biomarker for AD. I am investigating this in a group of older adults, some of whom have plaques (eg, amyloid deposition) considered to indicate the presence of AD. Both groups are scanned with a new MRI scanner that allows for fine-grained measurements of the MTL. We determine which subregions of the MTL are affected in AD, and which are affected by aging, by comparing the size of these regions in both groups and relating the size with age.  In the second part we further investigate what processes, besides the mentioned AD pathology, affect these regions. We investigate, for example, the role of vascular damage in the brain using measurements on MR images and the role of certain genes that give an increased risk of AD. Understanding the influence of these factors helps determine who is most apt to benefit most from a treatment, and it also might generate new treatment possibilities. A third step is to understand which memory problems result from damage to these regions in the MTL. The different regions that make up the MTL are thought to be responsible for the different aspects of memory. For example, one region may be responsible for saving new information, whereas another may be responsible for recalling information. All subjects in the study will undergo several memory tests and their performance will be related to the size of the MTL regions.

What is novel about this study is that we investigate these questions in persons who do not yet have any symptoms. Investigating in an early stage is important because treatment in an early stage could prevent brain damage. A second important aspect is that we use the newest imaging techniques to obtain very precise measurements, which are hypothesized to be better at identifying AD than the current, coarser measurements of this brain region. Another important aspect is that we investigate a number of other factors, including genes and pathologies that could affect this brain region.

My ultimate goal is to find a good biomarker in the brain that can help track disease progression and treatment effects in an early stage of the disease, before the damage has become too severe.  This marker can then be used to help evaluate new treatments that are being developed and will help treat or prevent AD. The big advantage of the type of biomarkers to be generated in this project is that they can be obtained by MRI, which is relatively cheap and non-invasive, and therefore is widely accessible. Additionally, understanding what processes, besides AD, lead to shrinkage in this brain region may also lead to other interventions, and may lead to better understanding of memory impairments not only in aging and AD, but also related diseases, such as depression.

The Medial Temporal Lobe in Preclinical Alzheimer’s Disease and Aging 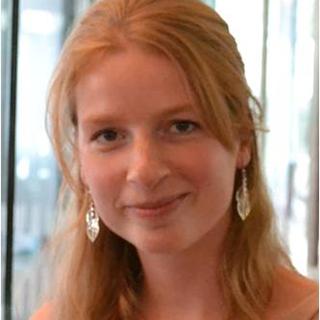