During the development of Alzheimer’s disease (AD), pathological changes spread between brain regions along the connections of nerve cells called axons. We plan to study the question of what precisely is happening within an axon that connects to a diseased area of the brain, and how is the neurodegenerative signal transmitted back to the neuron. The results of our study will allow us to determine whether one can potentially stop this axon-to-neuron transmission of neurodegeneration, thereby stopping the spread of pathology in the brain and helping to prevent cognitive decline in AD.

The overall goal of this application is to understand how oligomeric amyloid beta (Aβ) (ie, Aβ that has been molecularly restructured into long chains that are prone to aggregation) triggers intra-axonal stress signaling. We will also explore whether interference with this process might be of therapeutic use to prevent the retrograde spread of pathology in AD.

In our first aim we investigate the stress signaling events within axons that are responsible for the local production of the transcription factor ATF4.  Previously we had found that ATF4 produced locally within axons is transported back to the neuronal cell body, leading to neurodegeneration. Here, we focus on the molecular pathways that control ATF4’s production in response to Aβ, as they are potentially modifiable with drugs.

Our second aim is to establish intra-axonal stress signaling as a therapeutic target in AD. First, we will confirm the results from the first aim in both mouse models and human post-mortem tissue. Additionally, we plan to use pharmacological inhibitors of stress signaling in AD mouse models to directly determine whether the spread of AD pathology through the brain can be modified by drugs targeting stress signaling pathways.

The extreme morphology of neurons, with axons in the brain spanning up to several inches in length, requires an experimental approach that takes into account their spatial and functional division into cell bodies, dendrites and axons. For example, we have shown that the effects of Aβ differ if it is seen by the entire cell or only by axons. By studying the effects of Aβ in a compartment-specific manner we are able to identify previously unknown pathogenic pathways and to uncover mechanisms for the long-range spread of AD pathology.

Once our study is complete, we will have established a rational basis for the potential use of inhibitors of stress signaling, or ATF4 synthesis, as novel modifiers of AD progression. In addition to this translational benefit, the molecular characterization of signaling events triggered within axons by oligomeric Aβ will inform future investigations into the pathogenic mechanisms of Alzheimer’s disease. 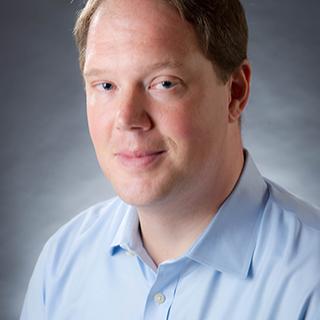