Tau protein aggregation in neurons is one of the hallmarks of Alzheimer’s disease (AD). The APOE gene is a strong risk factor for AD and directly affects tau pathology and tau-mediated neurodegeneration. Therefore, we will ask if decreasing apoE levels in the brain can alter tau aggregation and tau-induced neurodegeneration, and we will also try to determine how apoE exerts its effects on tau. Understanding these questions will potentially help us to develop novel treatments for AD.

The goal of this study is to determine if targeting apolipoprotein E (apoE) via low-density lipoprotein receptor (LDLR) in the adult brain is a viable, novel therapy for tauopathy and tau-mediated neurodegeneration.

The lab of David Holtzman has recently reported that apoE isoforms directly affect tauopathy and tau-mediated neurodegeneration in a mouse model that develops Alzheimer’s-type brain damage. ApoE4, a strong risk factor for Alzheimer’s disease (AD), results in increased tau levels, a strong inflammatory response, and neurodegeneration compared to other apoE isoforms. In the first aim of the current project, we are overexpressing LDLR in the brain of tau transgenic mice that also express human apoE. This is being done with a novel gene therapy approach. LDLR is a key apoE receptor that binds to apoE and regulates its cellular uptake and clearance. We will assess the effects of LDLR overexpression on tau pathology, gene expression, regional brain volume and neuronal layer thickness by histological and biochemical approaches. We will also assess behavior.

In the second aim, we are studying whether detrimental effects of apoE on tau-mediated neuronal injury occur via an apoE-receptor-associated process. For this purpose, we are performing various cell culture studies. We are inhibiting receptor function and knocking down receptor levels through specific gene targeting approach. We will assess the apoE-induced neuronal damage.

ApoE-targeted AD therapy has largely focused on apoE/amyloid-β interactions. However, growing evidence suggests that apoE directly affects tau pathology and tau-mediated neurodegeneration. In this project, we are investigating a novel LDLR-targeted therapy for apoE-related tauopathy in the absence or presence of pre-existing pathology. In addition to evaluating the efficacy of this approach, we also aim to investigate the mechanisms underlying the detrimental effects of apoE on tau-mediated neuronal injury.
If the proposed overexpression of LDLR in experiments shows a significant reduction of tauopathy or brain damage, it may potentially provide an efficient way to alter tau aggregation and tau-induced neurodegeneration. If the detrimental effects of apoE on tau-mediated neurodegeneration is an apoE-receptor-dependent process, we might be able to develop unique therapeutic strategies to target apoE receptor/signaling pathways to influence tau pathology and neurodegeneration. 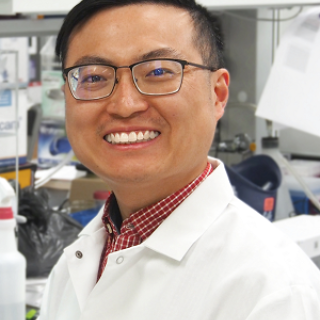