Drs. Jin and Wulff propose to identify compounds that inhibit a potassium channel (a protein that opens and closes to allow potassium passage and helps to control the electrical activity of nerve cells) in the brain, called KCa3.1. This channel plays an important role in brain inflammation that promotes the progression of Alzheimer's disease (AD). One potential approach for AD treatment would be to block the action of this channel, but all of the existing KCa3.1 blockers are not suitable for treating brain diseases, and cannot be taken orally. Drs. Jin and Wulff will improve the drug properties of these KCa3.1 blockers to make them suitable for treating AD.

The laboratories of Drs. Jin and Wullf have worked on one type of brain immune cells, called microglia, in Alzheimer’s disease (AD). Microglia are highly responsive cells that usually clean up harmful elements in the brain to protect nerve cells. However, after these microglia are repeatedly stimulated by AD-related insults or amyloid proteins, they become rogues, and switch to damaging nerve cells rather than protecting them. This microglia-mediated brain damage needs to be stopped. Previous clinical trials using non-steroid anti-inflammatory drugs (NSAIDs, similar to Advil that’s taken for headaches) were based on this principle, but they were not successful because of their non-specific activities and drug safety concerns.

The laboratories of Drs. Jin and Wullf are investigating a new approach that targets a potassium channel called KCa3.1, which is found on the surface of microglia cells. The team has invented a widely-used and specific KCa3.1 blocker called TRAM-34. Their previous work using cell and animal models found that inhibition of KCa3.1 could benefit AD by “fine-tuning” the behavior of microglia, blocking their harmful actions while preserving their protective function. Therefore, the team’s goal is to further develop KCa3.1 blockers to treat AD.

TRAM-34 and other available KCa3.1 blockers have been shown to be effective in treating various animal models of inflammatory disorders, and some blockers have advanced to clinical trials. These prior clinical trials showed that blocking KCa3.1 is safe in humans. However, none of the existing KCa3.1 blockers are ideal for treating brain diseases in humans due to their high retention in the blood and low entrance to the brain. Moreover, TRAM-34 does not work when taken orally. Therefore, in the first aim of this project, Drs. Jin and Wullf will use their expertise with medicinal chemistry and pharmacology to resynthesize known KCa3.1 blockers, and to create new blockers based upon similar chemical structures, in order to discover the best candidates for drugs that will be delivered into the brain and can be taken orally. In the second aim, Drs. Jin and Wullf will test the promising candidates in an AD mouse model. They expect to obtain useful information to predict the clinical usefulness of the candidate KCa3.1 blockers.

When the study is complete, Drs. Jin and Wullf will have at least one safe and brain-useful KCa3.1 blocker ready for further animal studies and clinical trials. In addition, pursuing KCa3.1 blockers may expedite AD drug discovery because there is already rich knowledge of the pharmacology and safety of this class of drug from previous animal and clinical studies in other diseases. This may help to accelerate the translation of a successful candidate into AD clinical trials. 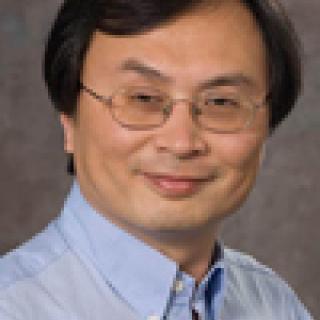