Abnormalities in tau protein have been linked to Alzheimer's disease (AD) and several other neurodegenerative diseases. These diseases are becoming more and more prevalent in our aging population. We propose to provide novel insight into tau abnormalities by investigating alterations of a chaperone protein, Cdc37, in cellular and animal models of AD. Chaperones are proteins that assist other proteins in achieving their final and functional shape, and play an important role in regulating protein synthesis and degradation of certain proteins such as tau.

The main focus of this research is to investigate the role of Cdc37, a chaperone protein, in tau abnormalities using cellular and animal models of AD. The goal is to determine how Cdc37 regulates aspects of tau pathogenesis and whether changing levels of Cdc37 in the brain might potentially decrease abnormalities in a well-characterized transgenic AD mouse model. We have previously shown that Cdc37 protein co-localizes with tau in neurons and physically interacts with tau in post-mortem brain tissues from AD patients. We have also shown that removal of Cdc37 from cells led to tau clearance, whereas excess Cdc37 in cells preserved tau. Additionally, we found that modulation of Cdc37 level alters levels of kinases, which are enzymes that modify proteins by a process called phosphorylation. Interestingly, abnormal phosphorylation of tau is a hallmark of AD. These data further support a novel role of Cdc37 in tau biology.

My colleagues and I have previously created a number of novel models using cells in culture to study the function of human tau. Using these unique models and tools, our research team will study the role of Cdc37 in maintaining or decreasing tau levels in cells at the molecular level. To better understand the function of Cdc37 in the brain, we will utilize a virus-based genetic modification technique to deplete the expression of Cdc37 in the brains of normal mice and transgenic AD mice. Brain tissues from these mice will then be analyzed for changes in levels of tau and kinases. Successful completion of this project will reveal how the removal of Cdc37 affects tau pathogenesis in vivo and could underscore the potential use of Cdc37 as a drug target for AD and other tau-related disorders. 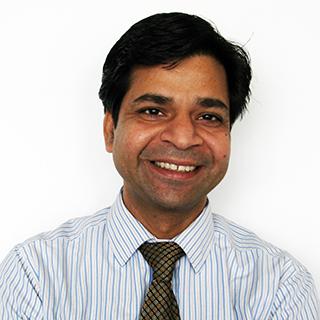