Individuals with Alzheimer’s disease (AD) have trouble remembering even simple things, like the name of their family members. AD is generally found in people older than 65 years of age, but some people born with genetic risk factors, such as Down Syndrome and gene mutations causing familial Alzheimer’s disease develop symptoms much earlier. Currently there is no treatment able to prevent or cure AD. Pharmaceutical companies have developed a drug, called BACE inhibitor, that has the potential to prevent and cure AD. However, it is still uncertain whether this drug is safe for AD patients. Our study suggests that this medicine could cause worse side effects in people born with Down Syndrome or carrying a specific genetic mutation causing AD. Therefore, our goal is to better understand AD caused by genetic risk factors, and ultimately find a safe drug treatment for AD patients.

Alzheimer’s disease (AD) is generally found in people older than 65 years of age, though some people born with genetic risk factors, such as Down Syndrome (DS) and AD-causing gene mutations, develop symptoms much earlier.  Since the generation of toxic amyloid beta from amyloid precursor protein (APP) is initiated by the BACE1 enzyme, BACE1 is the prime therapeutic target for AD.  As a result, several BACE inhibitor drugs are currently being tested in clinical trials for AD.  However, very recently, two separate BACE inhibitor trials have been halted due to adverse side-effects, including the worsening of cognitive functions.  Given that BACE1 preferentially cleaves other substrates, over APP, the degree of BACE1 inhibition required to reduce toxic amyloid beta levels may be sufficient to severely impair the processing of other BACE1 substrates, with potential mechanism-based side effects resulting from this relationship between BACE1 and APP.  Consistent with these results, we found that BACE1 inhibitors could cause even more severe mechanism-based side effects in people born with DS, than in non-DS patients.

In response to these issues, our recent discovery of novel BACE1 substrates will be thoroughly investigated and used to further characterize BACE1 processing, in both mouse and human brain samples.  Moreover, we will use human neurons, derived from DS and familial AD patients-derived induced pluripotent stem cells (iPSCs), due to the limited availability of human samples with genetic mutation and genetically incomplete mouse modeling of DS.  It is our view that an expanded understanding of novel BACE1 substrates and genetic risk factors will ultimately aid the development of an effective therapeutic approach for the safe prevention and treatment of AD, without detrimental, mechanism-based side-effects. 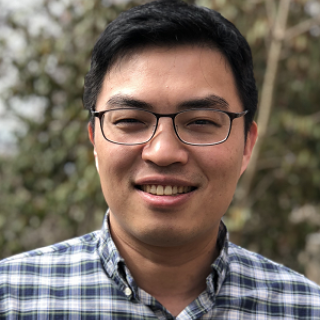