Alzheimer’s disease (AD) and diabetes mellitus (DM) are two of the most common medical illnesses impacting our society, and recent studies indicate that these two disorders may be related.  This proposal seeks to elucidate how diabetes affects AD.  As part of this project, we have developed innovative new animals model to dissect the molecular pathways by which of diabetes impacts AD. This is important because elucidating these pathways offers real and concrete opportunities to develop novel therapies.

Whereas a small proportion of Alzheimer’s disease (AD) cases are inheritable, the majority of cases occur sporadically. The mechanisms underlying the pathogenesis of sporadic AD are poorly defined, and the current treatments have mild and limited beneficial effects. Epidemiological studies indicate that diabetes mellitus (DM) significantly increases the risk of developing AD. Thus far, most studies investigating the link between AD and DM have focused on DM-mediated effects on amyloid pathology, leaving the effects on tau pathology understudied. Notably, we made the novel discovery that DM promotes AD-like tau pathology in animal models, and that the cognitive deficits induced by type 1 diabetes mellitus (T1DM) are dependent on tau. Therefore, the goal of our current study is to characterize the molecular mediators that underlie the cognitive impairments associated with DM.

Because type 2 diabetes (T2DM) represents the majority of diabetes cases in the US, the first aim of our study investigates whether tau is a key mediator required for T2DM-induced cognitive and synaptic impairments. We hypothesize that genetically deleting tau will mitigate the cognitive deficits induced by T2DM. The results from this experiment will provide critical data regarding the molecular role tau plays in modulating T2DM-mediated impairments in cognition and synaptic function.

For our second aim, we seek to explore the mechanisms by which diabetes (both T1DM and T2DM) induces tau-pathology, and tau-dependent cognitive and synaptic deficits.  First, T1DM will be experimentally induced in our newly developed wild type human tau (htau) mice by streptozotocin (STZ) administration, and T2DM will be modeled by genetically crossing db /db mice to our htau mice.  Using these novel models, we will elucidate the molecular pathways by which DM promotes tau pathology, alters synapse structure, and modulates synaptic proteins and synaptic plasticity. Doing so will facilitate the development of new therapeutics approaches for AD patients with DM by identifying novel targets.

The combined studies proposed in this grant are highly significant, as the number of AD and DM cases continues to grow at an alarming rate, and their potential impact on society will become even more burdensome in coming decades.  The studies build on our novel observations that T1DM impairs cognition through a tau-dependent mechanism.  The proposal will elucidate the molecular connections by which two major human disorders currently plaguing our society interrelate, and shed light on the critical role tau plays on the cognitive decline mediated by DM. This research is critical; the field needs  further studies into the underlying molecular mechanisms by which DM affects the onset and progression of AD. The proposed studies meet this need, as well as introduce previously underexplored hypotheses specifically focused on tau and its subsequent effects on synaptic and cognitive impairments.  Targeting the molecular determinants in the pathways responsible for triggering DM-induced tau pathology holds great potential as a therapeutic intervention strategy for AD patients with diabetes. 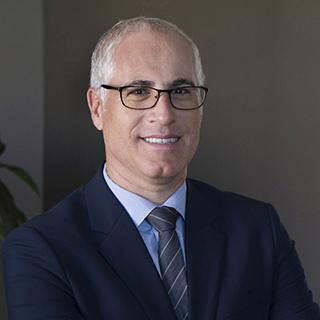