Like many Alzheimer's disease researchers, one of our long-term goals is to help develop a meaningful therapeutic to treat disease. What is not commonly emphasized, however, is the importance of developing pre-symptomatic diagnostic for Alzheimer’s disease (AD)—because once symptoms onset, it's too late to provide the best treatment; the individual has already lost vital brain function affecting precious memories and other essential functions. As such, our second long-term goal is to develop a pre-symptomatic disease diagnostic. To accomplish our goals, we seek to identify specific DNA and RNA modifications that are directly driving Alzheimer's disease because most genes involved in disease are only implicated through basic statistical associations. In other words, we still lack specific molecular mechanisms to target for treatment and diagnostics. Our aims are a focused approach to identify specific mechanisms involved in disease development and progression. Specifically, we are employing cutting-edge DNA and RNA sequencing approaches that will enable us to identify an entirely different class of DNA mutations, known as structural mutations, that are known to drive many neurodegenerative diseases. Structural DNA mutations are generally overlooked using standard sequencing approaches, but we have already identified potentially important mutations using long-range approaches. Likewise, these approaches are making it possible to understand top Alzheimer's disease genes at an entirely new level. On average, the top Alzheimer's disease genes code for approximately 12 different proteins. Historically, and for practical reasons, studies have been forced to treat all of these proteins for a given gene as a single entity, which is a major oversimplification of the underlying biology. We are now able to individually measure levels for these different protein-encoding RNA isoforms to determine which ones are actually involved in disease. The opportunities afforded by our BrightFocus award will make it possible to identify specific molecular mechanisms that we can target for both therapeutics and for a pre-symptomatic disease diagnostic. 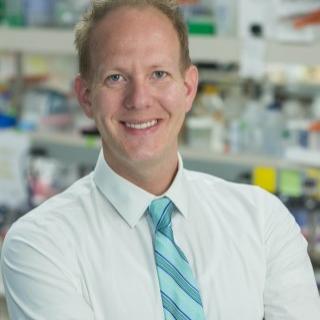