Identifying a Protective Variant(s) for the ApoE e4 Allele

ApoE is a gene that is the strongest risk factor for Alzheimer disease (AD), but African carriers of the risk form of ApoE get AD less frequently than European carriers of the same form of the gene. We have localized the area on the chromosome that contains the DNA change that is lowering the risk for AD in Africans.  By using DNA sequence data from different populations, comparing the sequence differences, and then seeing how the differences affect DNA function, we will create a small list of potential "protective" changes, changes that can be tested in biological models.  The purpose is to identify how the protective DNA change works in Africans, and use that information to develop a drug to reduce the risk to get AD.

The goal of the project is to identify a protective genetic change that greatly reduces the risk of the ApoE4 allele to cause AD.

It has been previously known that the risk for developing AD due to the ApoE4 allele is very different between populations.  The risk of developing AD based on carrying the ApoE4 allele is the lowest in Africans, greater in Europeans and the highest in Asians.  We have shown that this difference in risk comes from a small area of the chromosome that surrounds the ApoE4 allele (which we will call the “ApoE4 local ancestry”).  The National Institute of Aging currently is sequencing a large number of African-Americans and Hispanics with AD, which we will use to identify which DNA sequences are different in ApoE4 local ancestry between the carriers of the African ApoE4 allele and the carriers of the European ApoE4 allele.  We next will identify which of these DNA changes also make a difference in the function of the genes in the local ancestry region.    We will do this using new laboratory techniques that allow us to test the effect of many sequence differences at once in the laboratory.  The sequence differences that change function are candidates to cause the protective effect of the African local ancestry on the ApoE4 allele.

Most genetic studies in AD have focused on genetic changes that increase an individual’s risk for AD.  This proposal in innovative in several ways; it focuses on protective changes rather than risk and utilizes the difference in ancestry between individuals as a tool in the study of AD.  We have shown that all ApoE4 alleles are not alike; ApoE4 ancestry is important when determining the risk to develop AD.

This study will provide us with potential candidates for the protective variant of ApoE4.  We will use this information in future studies of neurons and other brain cells to identify the actual protective change.  Once identified, it will provide a new target to treat AD, one that attacks the strongest genetic risk factor, ApoE.

Identifying a Protective Variant(s) for the ApoE e4 Allele 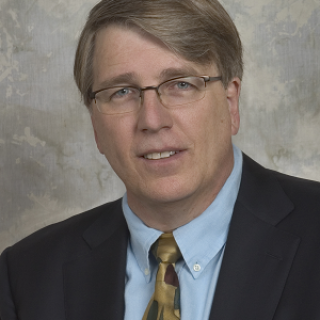