Genetic Modifiers of the G206A Mutation In PSEN1

The main goal of this project is to identify new genes that may lead to either earlier or later age at onset of Alzheimer disease (AD) by examining Puerto Rican families that have at least one person who carry a unique mutation in the PSEN1 gene.  We will sequence the whole genome, all 3 billion nucleotides, to identify these variants.  Based on a small set of samples, we have already identified a few genes that may modify age at onset of AD, and we plan to extend the study to a larger set of families.  The hope is we will identify genetic variants that may point to potential therapeutic targets that could alter the age at onset of AD.

In 2001, we reported a founder mutation G206A in the PSEN1 gene (PSEN-G206A) in family members from eight Caribbean Hispanic families with origins in Puerto Rico. Compared with other mutations in the same gene, the average age at onset of AD for individuals with this mutation was relatively late (mean: 55.6 years).  Even though nearly all individuals who carry this mutation develop AD eventually, some develop AD as early as in their 20s and 30s, while others develop AD in their late 70s.  Moreover, in Puerto Ricans and to a certain extent in Dominicans, variants other than the G206A variant in the PSEN1 gene are practically non-existent.  Neither the presence of an APOE-ε4 allele (another strong genetic risk factor) nor environmental or health-related antecedent factors explain the differences in the age at onset among mutation carriers, leading us to believe that other genes are involved in determining when, but not whether, one develops AD.  Thus, the main goal of this project is to identify and characterize genetic variants that modify age at onset of AD among individuals who carry this mutation.

To date, we have recruited and examined 75 large families with at least one carrier of the PSEN1-G206A mutation.  To identify genetic variants that either delay or accelerate age at onset of AD, we will sequence the entire human genome using the DNA from these mutation carrier families.  To increase our chance of finding genetic variants, we will sequence family members from 26 “highly loaded” families (i.e., those with at least four carriers) to discover novel genetic variants.  We will then confirm those variants in the remaining families with one to three carriers.  We will lastly investigate whether these variants are also associated with variable age at onset in late-onset AD to determine whether our findings from early-onset AD are generalizable to this more common form (e.g., late-onset AD).

Genetic Modifiers of the G206A Mutation In PSEN1 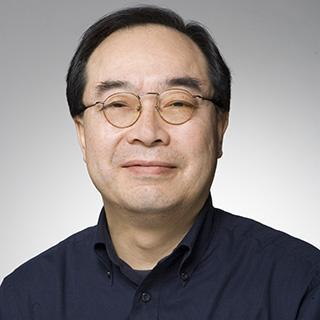