Amyloid beta (Aβ) plaques consist of Aβ peptides, or protein molecules, that have been transformed into oligomers, which are sticky molecular compounds that readily change shape and aggregate. Extensive evidence suggests that oligomeric Aβ plays a critical role in Alzheimer’s disease (AD) and is toxic to both neurons and synapses (the connection points through which nerve signals travel).

Tau, a second amyloid protein implicated in AD, normally functions to organize axonal microtubules, which are tube-shaped structures inside the axons that transport nutrients and other substances to and from the neuron cell body. Neurons from the autopsied brains of Alzheimer’s patients have shown that disruption to these microtubules is a recurrent feature of Alzheimer’s disease. Significant attention is being paid to restoring microtubule integrity in animal models of disease. However, therapeutical intervention may be more effective if we inhibited these changes before they occurred. One hurdle is that the early mechanisms leading to these changes in the microtubule cytoskeleton at AD’s onset are still unknown.

Our preliminary studies indicate that Aβ has an impact on tau function by inducing subsets of modified stable microtubules and that inhibition of this activity, in turn, can prevent synaptic dysfunction. We will undertake a multidisciplinary effort to test the involvement of modified stable microtubules in the pathogenesis of AD and identify key cellular agents that mediate induction of selective microtubule stability by Aβ. Our studies will potentially identify new diagnostic markers and introduce a new class of cytoskeleton regulators that may be targeted in drug therapies aimed at rescuing cells from both Aβ and phospho-tau toxicity in AD.

A broadly accepted hypothesis states that oligomeric Aβ plays a crucial neurotoxic and synaptotoxic role in AD, and that hyperphosphorylated tau mediates or facilitates Aβ toxicity in dendrites and axons.  However, the nature of the link between Aβ and tau remains a subject of great debate. Research in our laboratory suggests that early modifications of tau’s microtubule cytoskeleton by Aβ may be crucial for the induction of pathogenic changes in tau behavior and neuronal function. In particular, we found that Aβ induces the formation of subsets of modified microtubules through adhesion-mediated signaling pathways.

The overall objective of our project is to determine the involvement of these modified microtubules in AD pathology and test whether a class of microtubule regulators plays a role in the induction of neuronal injury by Aβ. First we will test our hypothesis by determining levels of modified tubulins in tissue isolated from control, moderate AD and severe AD patients following a brief postmortem interval. Using total montage fluorescence image arrays of entire tissue sections obtained from the same subjects, we will correlate modified tubulin levels with phospho-tau pathology in individual neurons.

Our second aim will be to test the hypothesis that by inhibiting the induction of modified microtubules, we can suppress the neurotoxic effects of Aβ; and we plan to identify the molecular mechanisms by which rescue occurs. These studies will be conducted in collaboration with experts in synaptic transmission using animal models of AD, long-term potentiation recordings/behavioral studies of synaptic plasticity, and electrophysiological recordings of synaptic activity.

Our work is conceptually novel in several ways. 1) We are the first to identify a novel primary function of Aβ on tubulin post-translational modifications that is independent of tau. This novel finding challenges the conventional interpretation of the effects of Aβ on microtubules by defining primary and secondary consequences on microtubule stability. 2) We propose a quantitative approach to measure levels of tubulin post-translational modifications with respect to tau pathology in post-mortem tissue from AD patients. To our knowledge, such studies are absent in the literature; given the renewed interest in tubulin post-translational modifications in the regulation of neuronal homeostasis and in neurodegeneration, our analysis will provide useful findings for our subsequent aims and the field at large. 3) Our preliminary data strongly implicate an unexplored role for a class of cytoskeleton regulators in the induction of Aβ neurotoxicity. Upon completion, these studies hold the potential to identify new diagnostic markers and introduce a new class of cytoskeleton regulators that may be targeted in drug therapies aimed at rescuing Aβ and phospho-tau toxicity in AD. 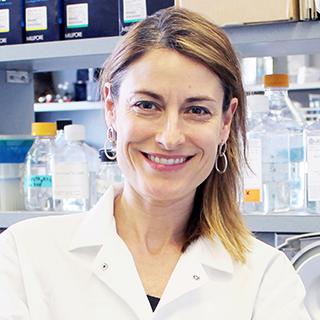