Evaluating PLK2 as an Alzheimer's Therapy

Alzheimer’s disease (AD) is thought to be caused in part by the build-up of amyloid beta (Aβ) protein in the brain. Although the basic process that generates Aβ is well studied, an important unresolved question is what factors turn this process on and off. We have identified for the first time serine/threonine-protein kinase PLK2, an enzyme that in humans is encoded by the PLK2 gene, as a candidate factor that stimulates Aβ production. Here we will examine the role of PLK2 in disease progression using mouse models of Alzheimer's. These studies are critical for understanding the mechanisms underlying Alzheimer's and for advancing new targets for drug therapies.

Our project studies a novel protein, PLK2, that stimulates the production of pathogenic amyloid fragments and may be a potential new target for Alzheimer's therapeutics.

Alzheimer's disease (AD) is thought to be due to the build-up of amyloid protein in the brain (Aβ). An important unresolved question is what factors turn this process on and off? We have identified for the first time the protein PLK2 as a candidate factor that stimulates Aβ production and hypothesize that inhibition of PLK2 should slow down Aβ synthesis. In this proposal, we test this hypothesis and examine the role of PLK2 in disease progression using several complementary methods to inhibit PLK2 function. First, we employ two different small molecule inhibitors of PLK2 to ask if these compounds can slow disease progression in mouse models of AD. Second, we delete the PLK2 gene completely in mice to determine if genetic disruption of PLK2 can also dampen Aβ generation. Third, we analyze Aβ levels in a new transgenic mouse line we created using cutting-edge gene editing techniques in which we specifically disabled the ability of PLK2 to promote Aβ production.

In summary, the proposal addresses a novel hypothesis for AD pathogenesis which will advance basic understanding of mechanisms underlying AD and critically evaluate whether PLK2 represents a valid AD therapeutic target.

Evaluating PLK2 as an Alzheimer's Therapy 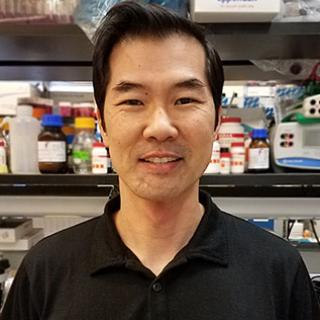