Memory impairment is a clinical hallmark of Alzheimer's disease (AD), but the molecular events that cause memory impairment in AD remain unclear. In this proposal, Dr. Bero will determine whether disease-related alterations in AD-affected brain prevent gene expression changes that are necessary for memory formation. Additionally, Dr. Bero will examine whether restoring the activity of neural circuits damaged by AD can restore gene activation and improve memory performance. These experiments will fundamentally advance the understanding of the causes of memory impairment in AD and potentially reveal novel strategies for AD treatment.

This 2 year Research Fellowship Award ended after 1 year when the Dr. Bero took a position in private industry.

In order to store a new memory trace in the brain, nerve cells must undergo changes in gene expression and connectivity with other nerve cells. The goal of this project is to examine the molecular- and circuit-level changes in the brain that underlie memory function and its impairment in Alzheimer’s disease (AD).

In the first portion of the project, Dr. Bero’s team will use cutting-edge genome sequencing techniques to comprehensively define the changes in gene expression that underlie memory formation in the healthy brain. In parallel, the team will measure the levels of an epigenetic marker that is expressed in the brain and is associated with gene expression. In the nervous system, an epigenetic change refers to a structural change in chromosomes that serves to signal and perpetuate altered activity states. These experiments will begin to clarify the mechanisms by which memories remodel neural circuits and will serve as the foundation for the experiments described below.

The second portion of the project seeks to examine the mechanisms by which AD impairs memory formation. To this end, Dr. Bero’s team will use a mouse model that is genetically engineered to develop AD-like changes in the brain and memory dysfunction. Using this mouse model, the team will define the comprehensive changes in gene expression that are associated with AD-related memory impairment and examine whether these changes are accompanied by epigenetic dysregulation.

In the final portion of the project, Dr. Bero’s team will use a new technology termed “optogenetics” to determine whether restoration of neural circuit function during memory formation can restore memory function in a mouse model of AD. Finally, they will examine the mechanisms that underlie this rescue in memory function by determining whether improved memory function is accompanied by a restoration of gene expression and epigenetic profiles.

The expertise of Dr. Bero’s laboratory at MIT resides at the nexus of biological discovery and technological innovation, and his team is thus uniquely positioned to address questions about AD that are otherwise inaccessible. When this project is complete, the team will have generated the first circuit-level analyses of gene expression that underlie memory formation in a healthy brain and in brains affected by AD-like pathology. In addition, they will have determined whether restoration of neural circuit function during memory formation can restore memory function in a model of AD. Together, these data will provide novel insights into the origins of AD and potentially reveal novel strategies for AD treatment. 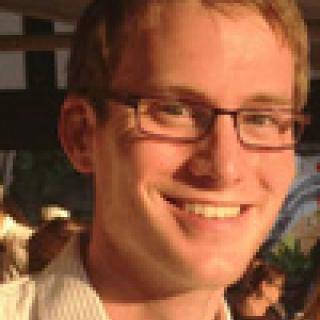