Amyloid-beta peptide aggregation and accumulation appears to be the initial step that sets off a cascade of factors that lead to Alzheimer's disease (AD). Two proteins, PICALM and Bin1, have recently been identified in genetic studies as risk factors for AD. Drs. John Cirrito, Jin-Moo Lee, and colleagues will determine the cellular mechanisms by which these proteins act and interact to mediate amyloid-beta generation in living mice.

Summary: This proposal will determine the cellular mechanisms by which two proteins, recently identified as risk factors for developing late-onset Alzheimer's disease (AD), contribute to amyloid-beta generation and accumulation in animal models of the disease.

General background: Alzheimer's disease is caused by the accumulation of amyloid-beta (Abeta) within the areas between cells. Although amyloid precursor protein (APP) cleavage and Abeta generation have been well studied, little is known about cellular mechanisms and molecules involved in Abeta generation. Dr. John Cirrito's group has focused on activity at the synapses, a junction between neurons where communication between cells occurs. Cirrito has shown that a process by which cells communicate regulates Abeta levels in the brains of mice. Evidence suggests a similar process occurs in human brain as well. Recent genetic studies have found difference in genes for several proteins that are necessary for this activity. PICALM and Bin1 are significantly associated with late-onset AD, the most common form of AD, and are involved in synaptic activity. Preliminary studies from the Cirrito and Lee laboratories demonstrate that these proteins directly impact Abeta generation. Given their function and subcellular localization, Cirrito and his collaborators have proposed that these “endocytic adapter proteins” are specifically necessary for Abeta generation at synapses.

Drs. John Cirrito, Jin-Moo Lee, and colleagues will use a unique in vivo microdialysis technique developed by our group to determine how these proteins alter Abeta metabolism in living mice in real-time. They will also determine how PICALM alters individual amyloid plaque formation and growth over time in mouse models of AD.

Given the role of PICALM and Bin1 as risk factors for AD, this study is designed to shed light on novel cellular mechanisms leading to AD pathogenesis. Understanding the cellular mechanisms specific to Abeta generation will provide a more targeted approach to developing drugs that lower Abeta levels. 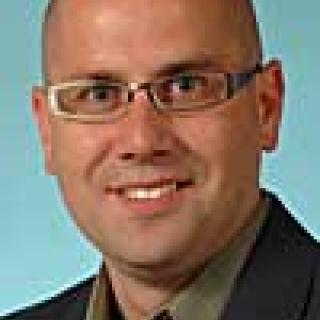