Drugs are currently being tested that aim to prevent Alzheimer’s disease by intervening in individuals more than a decade before clinical symptoms appear who have clear evidence of Alzheimer’s pathology. However, little is known about the beginning stages of Alzheimer’s disease and how the two hallmark AD pathologies (amyloid plaques and tau tangles) start to build up in the brain. The proposed project aims to use brain imaging (PET scans) in healthy older adults to visualize the earliest signs of amyloid plaques, and determine how the buildup of these amyloid plaques contributes to the appearance of tau tangles inside brain cells and subtle changes in memory and thinking.  This research will provide urgently needed information about the early stages of development of AD, and help the next generation of prevention trials target individuals who are at an optimal point in the development of AD for successful intervention.

My project is designed to provide crucial information about the earliest stage of Alzheimer’s disease (AD), when the hallmark pathologies (amyloid and tau) first appear and begin leading to subtle changes in memory and thinking.  Due to extensive evidence from autopsy and brain imaging studies that amyloid plays a critical role in initiating a gradual cascade towards dementia in Alzheimer’s disease, I will first examine the earliest signs of amyloid using amyloid PET scans.  These scans use a radiotracer that when injected into the bloodstream binds to amyloid plaques in the brain, allowing us to visualize the location and amount of amyloid plaques in the brains of living persons using positron emission tomography (PET) scans. I will utilize repeated scans from healthy older individuals over the course of several years (collected as part of the Harvard Aging Brain Study), enabling me to observe when and where amyloid first appears and how it spreads throughout the brain.  Next, I will assess how the buildup of these the amyloid plaques contributes to the appearance and spread of the other hallmark AD pathology (tau tangles) inside brain cells. I will utilize recent advances in PET imaging that allow for the visualization of tau tangles using PET scans using a tracer that binds to tau.  Finally, I will assess how both these AD pathologies contribute to the onset of subtle changes in memory and thinking, far in advance of the more severe symptoms observed in dementia. In particular, I aim to identify a pattern of amyloid that precedes the spread of tau tangles and irreversible changes in memory and thinking. Research to date has focused on later stages in the development of AD, when amyloid is already high, to clarify the role of amyloid and tau in the transition towards dementia.  The proposed research shifts the focus to the transition from health to the earliest signs of amyloid and tau, to improve our understanding of the emergence of these pathologies and their effects on the mind and brain.  This research has the potential to play an important role in the design of future clinical trials that aim to prevent Alzheimer’s disease by removing or slowing the accumulation of amyloid, instead of waiting to attempt to treat Alzheimer’s once symptoms appear.  If successful, my research will identify a pattern of amyloid plaques that indicates individuals may be at an optimal point early in the disease course to prevent the spread of tau tangles and changes in memory and thinking. In so doing, I hope my work, with the generous support from the BrightFocus donors, will contribute meaningfully to the race to find a cure for AD. 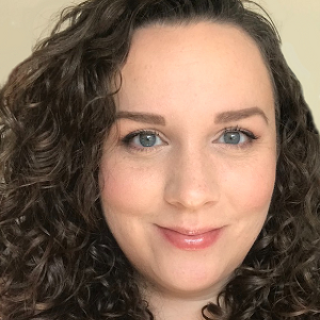