Alzheimer’s disease (AD) affects a significant portion of the elderly population and in most cases the reason why people develop the disease is unknown. The goal of Dr. Young’s proposal is to ask whether common sequence (spelling) differences in a patient’s genome (DNA) can predispose someone to a higher risk of developing AD. Dr. Young will do this by using human induced pluripotent stem cells (iPSC), which are cells from adult tissue that are reprogrammed to have the capacity to generate every cell type of the body, including nerve cells. Using these stem cells from AD patients that carry certain identified DNA risk sequences, she will test whether the presence of these sequences lead to differences that can be measured in the laboratory.

The goal of Dr. Young’s project is to understand the mechanisms behind sporadic (apparently non-inherited, spontaneous) Alzheimer’s disease, the most common form of the disorder. While Alzheimer’s disease (AD) does tend to “run in families,” only a very small percentage of cases are due to a clear genetic pattern. The majority of AD is likely caused by an unknown combination of genetic factors and environmental factors. Dr. Young will use adult human stem cell technology to try to understand the contribution of an individual patient’s genetic background to the development and progression of AD. She will do this by taking skin cells both from AD patients and healthy individuals (acting as controls), and, through a process called cellular reprogramming, convert these cells into a stem cell-like state. Through specific manipulations in the lab, these cells can then be turned into nerve cells, which are the main cell types affected in AD. Thus, the nerve cells that are grow in the lab come from actual AD patients and contain the natural genetic background of that particular patient.

Using this system, Dr. Young will investigate two specific aims, which focus around the role of a particular gene, called SORL1, in AD. The SORL1 gene encodes a protein that helps to recycle beta-amyloid (Abeta) within the cell and may prevent the formation of Abeta plaques,, which are present in the brains of AD patients and likely compromise nerve cell function. Loss of expression of SORL1 may predispose certain individuals to AD.

First, Dr. Young will test how treatment with specific proteins called growth factors, thought to protect the brain from AD symptoms, act on the expression and function of SORL1. Different individuals will have different responses in their SORL1 response, based on elements that can be identified in their genetic background. Dr. Young will then measure how this response from different patients controls the levels of Abeta, using the stem cell-derived nerve cells.

In the second specific aim, Dr. Young will specifically overexpress the SORL1 gene in stem-cell-derived nerve cells from patients who showed a low SORL1 response to growth factor treatment. These experiments will test if expressing more SORL1 will lower the levels of Abeta in these cells, indicating that this pathway may be useful to target for new AD therapies.

This study is unique, because, for the first time, Dr. Young has designed experiments to address questions specifically associated with sporadic AD. In addition, Dr. Young is using human adult stem cell technology and relating the observed stem cell behaviors to the genetic and clinical history of the patient from which the cells were donated. These studies may pave to the way to a more personalized approach to healthcare, predicting which patients might respond positively to a new drug or therapy. Dr. Young is excited to contribute to the development of this cutting-edge technology and would like to express deep thanks to those willing to support this work. 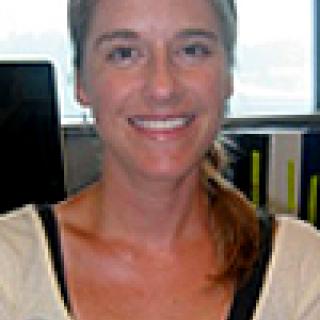