Currently it is very difficult to predict or diagnose Alzheimer's disease (AD) because there are few reliable biomarkers for this devastating disease. We found that an enzyme named asparaginyl endopeptidase (AEP) is increased in the brain of AD patients. AEP cuts at least two proteins, amyloid precursor protein (APP) and tau, generating APP and tau fragments, and that it mediates the onset and progression of AD. In the current project, we will test whether the concentration and activity of AEP, as well as the APP and tau fragments in the cerebrospinal fluid (CSF) can serve as biomarkers for the early diagnosis of Alzheimer's disease.

The goal of the project is to find new biomarkers that can detect preclinical AD.  By the time a typical patient is diagnosed with AD, the disease has been progressing for many years. Our inability to detect the disease before it has progressed to where it causes memory loss and functional decline makes it difficult to develop disease-modifying therapies for this devastating disease. It is crucial to develop biomarkers that can detect preclinical AD with the required sensitivity and specificity.

In our preliminary study, we found that AEP, a pH-controlled protease, is upregulated and activated during aging and mediates the pathogenesis of AD. The protein expression and activity of AEP is elevated in AD brains compared to control brain samples. AEP cleaves two proteins, APP and tau, in the AD brain, generating several APP and tau fragments.

Our lab is investigating the hypothesis that the level of AEP and AEP-derived APP and tau fragments in CSF can serve as early biomarkers of AD. First, we are testing whether the AEP level in the CSF of AD patients is increased compared to the control CSF. We will validate the performance of the CSF AEP protein/activity and APP/tau fragments as biomarkers for the diagnosis of AD. Then we will determine the relationship between the severity of AD and the AEP-related CSF biomarkers. We will investigate the relationship between AEP-related CSF markers and the severity of cognitive impairments, hippocampal volume, amyloid beta (Aβ) plaque accumulation, and other currently used CSF diagnostic markers such as Aβ40, Aβ42, t-tau, and p-tau. Lastly, we will validate the predictive value of AEP-related CSF biomarkers. We will investigate the longitudinal change of AEP-related CSF markers in the AD patients, and whether these novel biomarkers can discriminate among the mild cognitive impairment patients who convert to AD, develop other dementias, or remain in the MCI state.

This is an innovative project based on our most recent findings that AEP cleaves both APP and tau, mediating AD pathology. Furthermore, we have developed novel antibodies that can specifically recognize AEP-derived APP and tau fragments. Using these antibodies, we will be able to identify the new APP and tau fragments in the CSF. The results of this study will help to identify novel biomarkers for AD, facilitating the early diagnosis of AD, and hopefully promote the early intervention and prevention of AD. 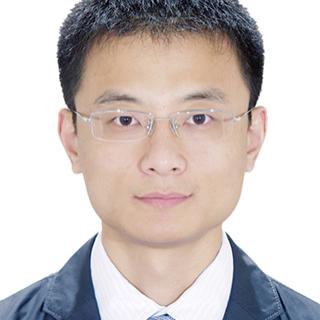