Several recent studies, including those of Dr. Seth Shatkin Margolis and colleagues, suggest the intriguing hypothesis that neurodegenerative disorders such as Alzheimer's disease (AD) share a common causative feature, which is the loss of appropriate functional connections in the brain. Dr. Margolis's team has identified a natural inhibitor of brain development and nerve cell connections that is increased in the AD brain. This project is aimed at discovering which symptoms of AD are due to the increased amount of this inhibitor and identifying small molecule blockers to this inhibitor as potential new treatments for AD.

Dr. Seth Shatkin Margolis and colleagues aim to correct the loss of brain connectivity in Alzheimer's disease by blocking a natural inhibitor of brain development that is abnormally increased in the AD brain.

These researchers will use genetic approaches in AD mice to reduce the levels of a major natural inhibitor of brain development, called Ephexin5. Using these mice, they will look for those AD deficits that revert back to an unaffected state following the reduction of Ephexin5. Also, the team will use a two-pronged approach to screen for small molecule drugs that block Ephexin5 activity and improve brain functions in the living animal.

Alzheimer's disease is a complex disorder that results from an assortment of causative factors, including genetic mutations, environmental influence, aging, loss of brain cell connections, brain-cell death, the presence of neurofibrillary tangles, and plaque formation. Despite the likelihood that each of the AD causative factors is interrelated, Margolis and colleagues believe that a single treatment to alleviate all symptoms and deficits in AD is not plausible. They believe treating AD requires a cocktail of therapies, each aimed at different underlying causative factors of AD. Thus, the focus of their attention is toward an unexplored area of AD research that provides increasing evidence for AD phenotypes resulting from loss of connectivity in the brain.

If successful, the team will be among the first to determine to what capacity AD symptoms are corrected upon blocking the actions of an abnormally expressed natural inhibitor of brain development. In addition, their approach will provide a platform for future collaborative studies aimed at developing blockers of other newly identified inhibitors of brain development in AD.  They hope their research will aid in the ongoing pursuit of diminishing the impact Alzheimer's disease has on individuals, families, and the human condition. 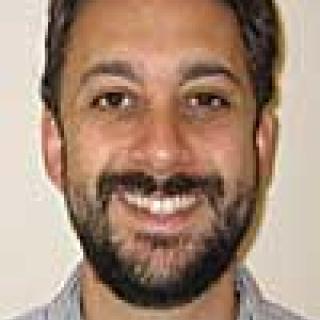