The human brain consists of complex structural and functional networks. Network-based analysis of brain white matter connections has proved promising by helping to reveal the structural basis of Alzheimer’s disease (AD), and assisting in the discovery of diagnostically and therapeutically important biomarkers. The goal of the proposed project is to build on the investigator’s background in brain imaging and brain network analysis to develop and validate novel computational methods, such as those accounting for indirect neural pathways, and subsequently derive more accurate AD imaging biomarkers, which will help us better understand how the brain is affected in AD.

In this project, I'll develop necessary computer tools and imaging techniques to model neuronal connections in the human brain, and use the results to better understand how the brain architecture and function are influenced by Alzheimer’s disease (AD). Specific aims of the project are:

--Developing brain connectivity models that measure indirect connections from magnetic resonance imaging (MRI), and evaluating them in AD. I use these methods to test whether considering both direct and indirect neuronal pathways, as opposed to only the direct ones, increases the accuracy of AD biomarkers; for example, if that helps to better distinguish AD patients from people without dementia or those with early- or late-stage mild cognitive impairment.

--Developing new diffusion-weighted MRI pulse sequences to increase the accuracy of the dementia study. By improving the MRI techniques, for instance developing new methods to accurately capture the neural fiber orientations, I try to increase the statistical power and the accuracy of the results of the study. If successful, the developed methods will become part of the imaging pipeline in the AD studies at our Center.

Recently, there has been a plethora of publications showing evidence of how the brain’s structural and functional networks are affected in dementia, especially AD. This suggests that connectomic imaging biomarkers may have the potential to be used to predict the clinical onset of dementia, evaluate the effectiveness of the treatment, and gain a better insight on how the human brain is affected in AD. In this research, I aim to improve the accuracy and precision of such biomarkers, so they can better identify the stages of dementia. At the core of the project are new mathematical models to account for the brain’s indirect structural connections that may have not been considered by the standard methods. These models are inspired by different disciplines that use the graph theory, such as electronics. 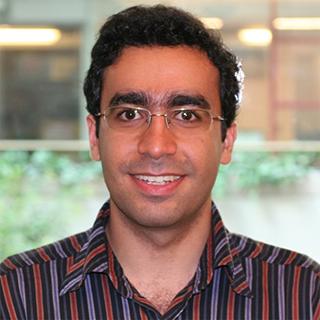