Existing treatments for Alzheimer’s disease (AD) provide no cure and only very modest effects on cognition and daily functioning. Recent technological achievements provide a way to induce electrical activity in deep brain regions without actually delivering electrical currents through the skull and body. This may help to stimulate certain brain areas that are affected by AD, and perhaps restore or delay deterioration of some of the lost cognitive ability. The team of Drs. Zangen and Ash will use this technique on AD patients, and also record brain activity during treatments to learn about the ways that stimulation may change brain function and enhance cognition.

The project goal of Drs. Zangen and Ash is to develop a viable non-drug treatment to lessen some of the adverse symptoms experienced by people with Alzheimer’s Disease (AD).

Recent technological achievements provide a way to induce electrical activity in deep brain regions without actually delivering electrical currents through the skull and body. When this current is applied to particular brain areas in specific frequencies, it is capable of changing the levels of activity in the targeted area. In a recent smaller scale study, Drs. Zangen and Ash found a positive trend toward improvement in cognitive measures in patients treated with such stimulation. This current study explores whether this novel technique can be used to improve the cognitive functions of people with AD. The enrolled patients will complete repeated cognitive ability tests before, during, and after the treatment, and also have their brain activity monitored at the same time points to assess the effects on both performance and brain activity.

The team of Drs. Zangen and Ash is stepping out of the current scientific mainstream of drug interventions, because existing treatments for AD provide no cure and only very modest effects on cognition and on daily functioning. Compared with medication, non-invasive brain stimulation seems to have very little side effects, and can be used to target different areas to directionally change their levels of activity. This may help to stimulate certain brain areas that are affected by AD, with the goal to restore or delay deterioration of some of the lost cognitive ability. The study of Drs. Zangen and Ash is thus unique in that it is the first study worldwide to clinically evaluate this technique as an effective, add-on, therapy for the treatment of the cognitive symptoms of patients with AD.

No treatment is currently capable of effectively slowing down the cognitive decline experienced by millions worldwide who suffer from AD. Once the study is completed, Drs. Zangen and Ash would hope to have equipped clinicians with a novel method to treat some symptoms of the disease. In addition, by using the brain activity recording before, after, and during the treatments, they could identify treatment-related changes in brain activity, which will give more information about how the stimulation alleviates the symptoms. Drs. Zangen and Ash hope to use this novel non-invasive brain stimulation technique to improve the lives of people with AD and their families, and to make a significant contribution to the understanding of this pathology. 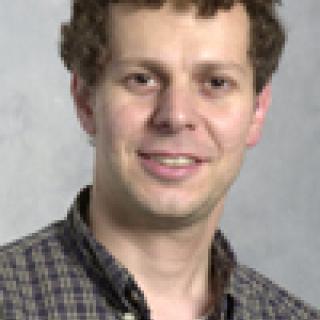