Cure for Alzheimer’s disease is still lacking. It is important to identify the risk factors for the disease and its multiple impacts on body functions in order to prevent or slow down the progression of the disease and treat related symptoms. Using novel non-invasive assessment of circadian regulation and autonomic function by wearable technology, this project is designed to determine whether changes in these two important physiological functions can predict the development and progression of Alzheimer’s disease and cognitive decline in the elderly people at early, preclinical stages. This project may potentially provide new intervention targets in future clinical studies of Alzheimer’s disease, and can lay the groundwork for the design of novel unobtrusive, cost-efficient tools for long-term monitoring of cognitive impairment or risk for Alzheimer’s disease.

The 2017 Nobel Prize in Physiology or Medicine was awarded to three scientists for their discoveries of molecular mechanisms of the inner biological clock in humans and other living organism on earth that generates circadian rhythm and helps us anticipate and adapt to the 24-h day-night cycle. Does the dysfunction of the circadian clock increase the risk of developing Alzheimer’s disease (AD) and accelerate its progression? If so, is the effect through the impact of clock dysfunction on the autonomic nervous system — a control system that acts largely unconsciously and regulates bodily functions such as heart rate and blood supply to the brain, and is primarily responsible for the “fight-or-flight” response? We are following over 1,000 elderly individuals for many years from the time when they are cognitively normal to death. We assess the functional changes of the clock and the autonomic nervous system each year, examine whether these changes predict future development of cognitive decline and AD, and compare the change rates across different AD stages from no cognitive impairment to mild cognitive impairment, and to dementia. Our proposed novel nonlinear analytical tools are based on spontaneous fluctuations in daily motor activity and overnight heart rate recordings. The tools, together with the longitudinal study design, allow us to assess unobtrusively changes in the circadian clock and the autonomic nervous system over time, and to illustrate their contributions to the development of AD and related symptoms in the elderly. The results will potentially establish circadian clock dysfunction as a risk factor for Alzheimer’s disease, will put forward a potential pathological pathway—autonomic dysfunction—for the neurogenerative process of AD. A cure for AD is still lacking. The results to be obtained may potentially provide new targets, namely circadian and autonomic functions, for prevention of AD, for better therapies/treatments of other complications in AD such as depression, dizziness, syncope, and falls that are related to autonomic dysfunction, and for better outcomes in the elderly (i.e., morbidity, institutionalization, and death). Our study can also lay the groundwork for the design of novel unobtrusive, cost-efficient tools for long-term monitoring of cognitive impairment or risk for AD, and will further highlight the importance of circadian health that will encourage people to maintain regular daily schedules including sleep/wake in order to reduce AD risk and promote health aging. 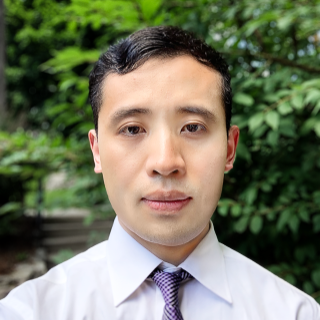