The goal of our project is to identify the type of neuron in humans that is first affected by human-specific pathology in Alzheimer’s disease (AD) and to determine how further changes in humans as AD progresses differ from those in a mouse model of AD pathology. Using molecular binding technologies, we will isolate changes in nerve endings of neurons affected by AD and compare those in humans to mouse models. Our imaging studies will rely on a clinically and pathologically well-characterized autopsy brain collection from a dedicated cohort of patients followed at the Sanders-Brown Center on Aging, who donated their brains upon death. Thanks to their gift of this priceless resource within a short postmortem interval, our ability to directly compare humans to animal models, using high-resolution state-of-the-art analytical methods and technologies, is very special. Comparing the pathologic changes in in humans during disease progression with those in mouse models will help us improve AD research models and ultimately focus attention on changes in specific neuronal types that can inform diagnostic or therapeutic targets.

Alzheimer’s disease (AD) is uniquely human. Not even our closest relatives among the primates experience the severe neuronal death or dementia that humans do. It is therefore imperative to work with the human brain to truly understand the full scope of the disease process.

Our studies will be performed using an autopsy human brain collection and mouse model. Directly comparing the pathologic changes in in humans during disease progression with those in mouse models will help us improve current animal and cellular models and ultimately inform efforts to develop diagnostic or therapeutic targets.

Our research will use molecular binding technologies to isolate changes in nerve endings of neurons affected by AD. Pittsburgh compound B (PIB) is a radioactive analog used in positron emission tomography (PET) scans to image beta amyloid plaques in neuronal tissue. In our study, flow cytometry with binding of a fluorescent form of PIB will isolate synaptosomes from Alzheimer’s disease brain. This, in turn, will lead to identification of the type of nerve cells carrying the PIB-binding amyloid pathology. The biochemical components of the synaptosomes will be determined by high-sensitivity high-resolution mass spectrometry. Comparison with synaptosomes isolated from a mouse model of Alzheimer’s pathology with similar identifying neuronal markers will be used to identify candidates that could account for the lack of significant PIB binding in animal models and their failure to progress beyond very early AD stages to neuronal cell death and dementia. Future studies will investigate the manipulation of the candidates to increase PIB binding as a way to better model the human AD phenotype. This type of analysis can be expanded to include aged non-human primates with AD-like pathology and to human familial (genetic) forms of early-onset AD.

Aim 1. Quantification by flow cytometry. A human-specific form of amyloid plaque pathology that is not seen in animal models of AD is localized on nerve endings in AD human brain. The pathology binds and is labeled by a fluorescent form of PIB (CN-PIB). Another fluorescent molecule, X34, labels both human and animal model pathology. We use a flow cytometry instrument to analyze large numbers of individual isolated brain nerve endings called synaptosomes for PIB and X34 and simultaneously for specific markers that identify the type of neuron they came from and its state of health. Synaptosome populations from human AD frontal cortex will be compared with those from a mouse model genetically engineered to produce the human protein pathology.

Aim 3. Identify and compare separated neuron type(s). The selected synaptosomes collected in Aim 2 are comprised of proteins that reflect the physiologic state of those nerve endings. By determining changes in protein composition of synaptosomes with and without the human-specific CN-PIB binding pathology at different stages of AD, we learn the effects of the disease process on pathways in affected neurons. Comparison with synaptosomes from the mouse model at different stages of AD pathology identifies differences between the human condition and the mouse model during disease/pathology progression. 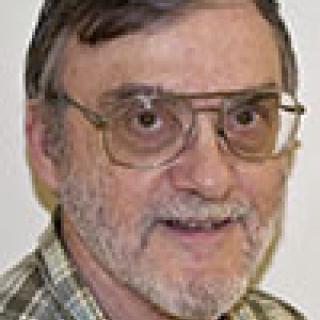