Blood flow to the brain is reduced by about one-third in Alzheimer’s disease (AD) patients and this blood flow reduction contributes to the memory problems of the disease. In mice that get Alzheimer’s, we recently discovered that the blood flow reduction is due to white blood cells that get stuck and block blood flow in individual capillaries, which are the brain’s smallest vessels. When we eliminated these capillary stalls, the Alzheimer mice showed a 30 percent increase in brain blood flow as well as improved performance on memory tasks. Here we propose to screen drugs that interfere with white blood cell adhesion and that have already been proven to be safe in humans to find compounds that reduce capillary stalling and could be tried in AD patients.

Blood flow to the brain is reduced by about one-third in patients with AD, which likely contributes to memory problems and other symptoms of the disease. We recently discovered that in mice genetically engineered to develop AD, white blood cells get stuck and block blood flow in individual brain capillaries. We eliminated these capillary stalls by giving a compound that interferes with the ability of white blood cells to stick to the wall of blood vessels, which in AD mice resulted in a 30 percent increase in brain blood flow accompanied by an immediate improvement in performance on memory tasks. We are eager to test whether this same mechanism is causing the reduced brain blood flow in humans with AD.

To move toward such a clinical test as quickly as possible, the BrightFocus Foundation has funded our lab to screen, in our AD model, several drugs that have already passed Phase I trials in humans and, based on their mechanism of action, are ones we think will interfere with white blood cell adhesion. We will use a funnel-like screening approach that starts with about ten different compounds, whose impact on brain blood flow will be assessed with a coarse measure. For promising drugs, we will determine whether the drug is, in fact, preventing the capillary stalls, and then determine how different doses of the drug influence the result. Finally, we will select a couple of compounds and collect the detailed data on blood flow and cognitive function impacts that would be necessary to support and justify a trial in humans. If successful, the work proposed here would set the stage for a clinical trial to assess whether manipulating white blood cell adhesion can improve brain blood flow and impact cognition in Alzheimer’s patients.

The hypothesis that brain hypoperfusion in AD is due to leukocyte plugging in capillaries, and that this reduced blood flow contributes significantly to the cognitive impact of the disease, is both novel and supported by our recent results. Taken together, our data suggest a working model to explain the origin and consequences of brain hypoperfusion in AD: Amyloid-beta accumulation leads to increased expression of inflammatory receptors on the vessel lumen. This vascular inflammation causes leukocytes to adhere to the lumen and block blood flow in capillaries, resulting in decreases in brain perfusion. This blood flow deficit directly contributes to cognitive dysfunction and also accelerates amyloid-beta aggregation by decreasing the clearance of amyloid-beta monomers. The work proposed here would set the stage for a clinical trial that assesses whether manipulating leukocyte adhesion can improve brain blood flow and impact cognition in AD patients.

We hope our work here to screen drugs that interfere with leukocyte adhesion and are proven to be safe in humans will identify candidates that could be used immediately in a clinical trial to assess whether manipulating leukocyte adhesion leads to an improvement in brain blood flow and potentially offers some cognitive benefit in AD patients. None of the drugs we propose to screen has been tried before as an AD treatment. While long-term blocking of leukocyte adhesion is not expected to be a preferred treatment approach, the pre-clinical work proposed here along with a later human trial would establish whether this same capillary stalling phenomena is responsible for brain blood flow reductions in AD patients. This would justify further work to identify upstream molecular targets that are brain- and AD-specific for drug development efforts. 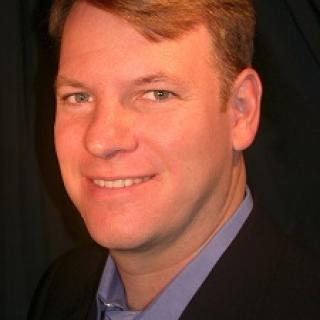