Apolipoprotein E (apoE) has important roles in both normal central nervous system physiology and neuropathology, such as Alzheimer’s disease (AD). Importantly, the apoE4, one of apoE isoforms, is the major genetic risk factor for AD, and generates toxic fragments that cause mitochondrial dysfunction and drive neurodegeneration. Because mitochondrial dysfunction and metabolic impairment are critical elements of AD pathology, I will study how apoE4 and its neurotoxic fragments interact with mitochondria and alter mitochondrial activity. This largely unexplored approach will provide insight into the mechanisms underlying the role of apoE4 in AD and may identify new therapeutic targets to treat apoE4-associated AD.

We aim to determine how apoE4, the major genetic risk factor for AD, and its neurotoxic fragments disrupt mitochondrial activity to drive neurodegeneration.

Approximately 65–70 percent of patients with AD carry the apoE4 gene, and about 25 percent of Americans have at least one copy of the apoE4 allele. Yet, we do not fully understand how apoE4 causes neurodegeneration.

In neurons, apoE4 is cleaved into fragments that affect the function of mitochondria, the energy powerhouses of cells. This effect is an early pathological event in AD. We linked apoE4 fragments and mitochondrial dysfunction to neurodegeneration, and we are working to understand the mechanism underlying this relationship. Specifically, we are studying whether apoE4 causes neurodegeneration by altering energy (ATP) production and calcium buffering, two important functions of mitochondria. We are also identifying which metabolic pathways in mitochondria are altered by apoE4. To do this, we are expressing apoE4 and apoE3 (a neutral form of apoE) in cultured neurons and using functional assays to analyze how they affect metabolic activity. We are also expressing these forms in a transgenic mouse to analyze metabolic activity in primary neurons and synaptosomes.

Most studies compared the effects of apoE3 and apoE4 on beta-amyloid deposition or clearance. However, apoE4 also appears to directly and independently affect neuropathology. We are investigating how apoE4 causes mitochondrial dysfunction, a key component or even a primary driver of pathology in AD. We are also determining how apoE4 disrupts mitochondrial function to cause neurodegeneration. Our innovative approach arises from our many years of studying the structure and function of apoE and how apoE4 influences mitochondrial function and neurodegeneration.

ApoE4 is the greatest known genetic risk factor for AD, but how apoE4 affects the pathogenesis of the disease is unclear. We are working to link apoE4-induced mitochondrial dysfunction with decreased survival of neurons in AD. We believe that our work will advance our understanding of exactly how apoE4 influences AD pathogenesis and will reveal new therapeutic targets to treat the disease. 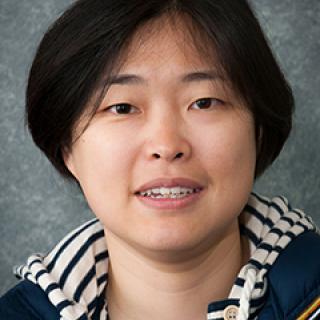