Innate immune cells function to protect the organism against pathogens, and are divided in two groups: a “central” group located in the central nervous system, and a “peripheral” group in the rest of the body.  Alzheimer's disease (AD) is defined in part by the brain’s accumulation of a toxic agent called amyloid beta (Aβ) that destroys neurons and induces memory loss.  We will use mice that develop amyloid plaques to study which group of immune cells−“central” or “peripheral”−are able to clear the brain of toxic Aβ peptides.

The goal of my research is to understand the role of innate immune cells in response to brain accumulation of Aβ, the toxic agent that induces changes resulting in memory loss in AD. Innate immune cells function to protect and clear the organism from pathogens, and are divided in two groups: a “central” group located in the brain, and a “peripheral” group in the rest of the body. During the past decades, neuroscientists have shown that, in the brain of AD patients, immune cells are inefficient at clearing Aβ. My recent findings show that blocking the production of the anti-inflammatory agent IL-10 boosts immune cells to wipe Aβ from the brain of transgenic AD-like mice. Currently, my ambition is to identify whether resident central and/or infiltration of peripheral immune cells in the brain are responsible for Aβ clearance.

The first objective of my project is to obtain, characterize and validate a new experimental mouse model of AD in which we could boost independently the activity of central or peripheral innate immune cells.  This will be achieved using a state-of-the-art breeding strategy between transgenic AD-like mice and genetically engineered mouse models allowing deletion of IL-10 signals specifically in central or peripheral innate immune cell sub-populations.

The second objective is to use these chimeric mice to determine which group of immune cells−central and/or peripheral−is able to clear the brain of toxic Aβ. To this aim, we will test whether boosting each specific subset of innate immune cells --by inhibition of the IL-10 pathway-- increases Aβ uptake by those cells in the brain of AD-like mice. We will also investigate whether neuronal integrity is restored and if learning and memory deficits observed in transgenic AD-like mice are rescued.

One innovative aspect of my project is to use a state-of-the-art mouse genetic engineering and breeding strategy to produce complex chimeric mouse models permitting us to delineate the relative contribution(s) of central vs. peripheral immune cells in the context of AD-like pathology.

The second innovation is our use of cutting-edge tri-dimensional reconstitution of mouse brain sections, using high-resolution microscopy. The exciting new methodology that we developed allows, for the first time, 3D visualization of Aβ “swallowed” by innate immune cells and quantification of effective Aβ clearance directly into mouse brain sections.

There is currently no cure or effective treatment for AD. In past decades, therapeutic strategies aiming at reducing cerebral Aβ production have provoked adverse events in patients. Therefore, a promising alternative approach would be to target the other side of the equation: Aβ clearance. We hypothesize that, if activated appropriately, innate immune cells can be enlisted to clear the brain of Aβ deposits. Upon completion, this project will provide critical data on which specific sub-population of innate immune cells needs to be targeted to induce clearance of Aβ. This will be an initial and major step toward a novel innate immune modulation strategy, in hopes of identifying new therapeutic targets for this devastating disorder of the mind. 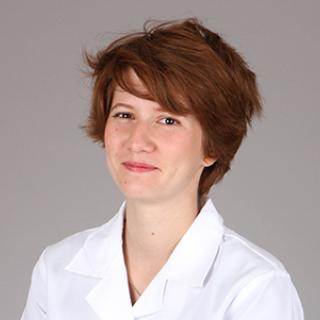