WASHINGTON, DC—BrightFocus Foundation, a Maryland-based nonprofit, hosted an inaugural awards dinner on June 9 at the United States Institute of Peace in Washington, DC, celebrating some of the world’s most promising science to end Alzheimer’s disease, macular degeneration and glaucoma.

Leading scientists and advocates received awards from BrightFocus, and members of Glen Campbell’s family offered up powerful words and songs to honor the legendary music star who has Alzheimer’s. 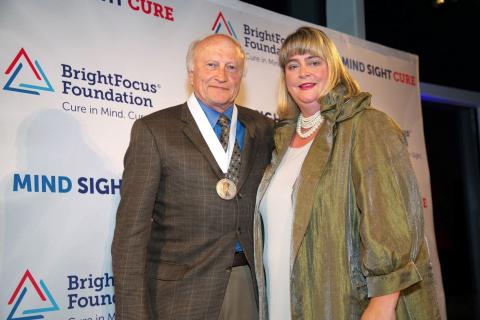 In her opening remarks, BrightFocus Foundation President and CEO Stacy Pagos Haller said, “Through the power of science and the courage of advocacy, we can improve the quality of life for millions of people around the world.”

BrightFocus-funded investigators from across the country shared their current research during a science demonstration prior to the awards presentation. Scientists from Georgetown University, Indiana University, Johns Hopkins University, Stanford University, University of Maryland, Human Computation Institute and Anthrotronix, Inc., participated. (View a full list of projects from brain imaging to caregivers’ health to crowdsourced research). 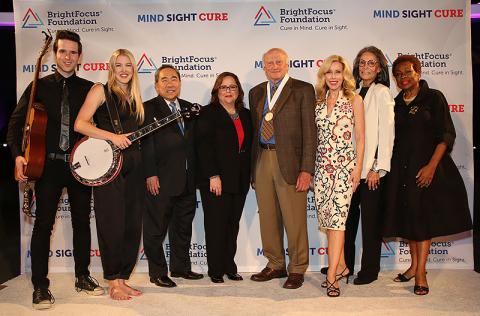 Awards were given to: